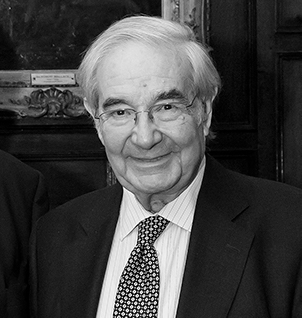 The sad news that David Faulkner CB (1934-2020) has died will have been a shock to many of those in his wide professional and social networks. Substantial obituaries and accolades have appeared elsewhere (e.g. in the Guardian), so I will confine myself to a personal perspective as David’s one-time (distant) colleague and latterly publisher of two of his books. However, I must explain that our connection was more than this – as it morphed from one relationship to the other – and in particular because at times we found ourselves fighting the same corner, including when one of the most innovative developments in criminal justice of the last century forced a Tory government, not a fan of U-turns, into just that.

We first worked loosely together on sentencing at the Magistrates’ Association where we were ex-officio advisers to its Sentencing Committee. With hindsight it seems bizarre that the very idea of sentencing guidelines was itself controversial (it interfered with discretion, however unbridled!) but our discussions led to the very first nationwide version for magistrates. Another controversy saw both of us arguing that courts should give reasons for their decisions, a quite subversive notion at the time (we listened to many arguments against what was later to become a fundamental requirement of a fair trial under human rights law). As for multi-agency working, this was utter heresy back then. We considered the rumour that one justices’ clerk kept a letter from the Lord Chancellor in his drawer warning JPs against such involvements, that he would reach for whenever the subject was raised. David, I think, should be made Patron Saint of Multi-agency Working. He set much of it in train, breaking down the barriers that in some cases had existed for centuries. Judges, magistrates, police, probation, prisons, youth workers and others first talked together under his stewardship. It eventually led to the national Criminal Justice Council but by then such inter-agency groups were commonplace in microcosm across England and Wales.

What I remember best is his next step. After many, many discussions around the fact that little in criminal justice made sense came the brilliantly conceived but ill-fated Criminal Justice Act 1991, of which David was the chief architect: with its radical sentencing concepts, decision-making hurdles, and framework for fines, community orders and imprisonment. As well as requiring better information before a sentence was passed and not taking previous convictions (for which offenders had already been punished) into account, thus avoiding any increase in the current sentence for past misdeeds, the Act laid out a new way of thinking. David sought to re-position all sentencing within a coherent scheme. What many people will not know is the amount of time and effort that went into this over many years as he tried to develop a fresh way of looking at crime and punishment. Ideas that were rehearsed with practitioners, academics, lawyers, courts, prison or probation officers and others until they were well-understood and viewed as sound by anyone wanting to solve the problems of offending rather than magnify them. It was a huge step forward.

It all began with juveniles in the 1980s. Forcing the then detention centre population down from around 8,000 to 2,000 (in round figures), after convincing what are now youth court JPs that they should reserve custody for those cases that truly merited it. This was linked to an initiative called intermediate treatment (IT) as a community alternative with intensive intervention. Next, turning good practice into law and talking across government departments (double heresy so to speak but by the 1990s some local areas had led the way by establishing multi-agency custody-free zones). Static or better crime statistics taught their own lesson: no discernible harm followed from perceived (if not actual) leniency. Offending did not escalate – because explanations for crime run deep and are far more complex than believing that increased punishment will solve most problems. After the juvenile ‘experiment’, diversion from custody was no longer just an intellectual argument. The idea of ‘restriction of liberty’ in the community rather than through incarceration had been born. I think it fair to say David invented (or at least facilitated) this key element, i.e. visualising restraint without walls and bars. Sometimes I recall, things got even more esoteric in the pursuit of ultimate logic. To whom else in authority could one suggest that it would make sense to buy out offenders rather than fund those who police them and the prison and welfare services (the crime industry) needed to catch and punish people? David never blinked at blue sky thinking, even if his own feet were on terra firma.

It was the idea that a hierarchy of statutory restrictions on the use of both custody and community orders might translate to adults that underpinned the emergent framework of the 1991 Act. Holding back on imprisonment had kept the prisoner population closer to 40,000 until the ‘prison works’ political mantra from 1993 onwards forced this to rebound, to some 80,000 plus, following the famous U-turn I mentioned. Achievements became a receding fact, everything took several paces backwards. David was in the thick of all these ups and downs. They had included the new system of unit fines, meaning fines based on a multiple of what the person being sentenced earned in a week and they were intended to impact equally on rich and poor. It built on earlier work on levels or bands for fines and utilised a formula based around the seriousness of an individual offence and a closer assessment of the means of the offender. I vividly remember the day David asked me whether such a system might work, and he mentioned ‘day fines’ in use on the continent (I sent him a suggested blueprint the same day). Putting unit fines into practice voluntarily by JPs spread across the country. The new approach collapsed when made law under the 1991 Act as the Treasury got greedy, and the media discovered readership enticing anomalies so that panic set in. The situation was not helped by rogue sentencing outcomes bordering on the ridiculous as some courts seemed set on sending a message that they would not be ‘told what to do’.

Even the Court of Appeal managed to subvert some provisions – statutory or not. David knew better and no doubt read the judicial politics at play, and so did many of the rest of us. He simply got on with the job as ten years’ work went down the criminal justice drain. Small fry perhaps compared with some of the huge issues he must have dealt with at the Cabinet Office, in Northern Ireland, internationally, or advising the most senior of politicians.

Many ideas were trialled and tested at conferences, seminars, in lecture theatres or at Home Office Special Conferences, when David (often the key instigator) would be quietly but keenly observing. At these ‘specials’, the great and the good of criminal justice came together for the week in country house hotels to be presented with evidence, statistics, theories, challenges and hypotheticals. Ministers, judges, civil servants, magistrates, police commissioners, top probation officers and leading prison governors each had to make a presentation, often against the grain of their preconceptions. You might find yourself breakfasting with the Prisons Minister or Lord Chief Justice. It was similar with lesser sessions and mortals who might be invited to small private dinners with the Home Secretary, all designed to further a relentless trail of ideas and reform that David seemed determined to pursue with the aim of changing the perspectives of those in or coming into power.

So that is how I, like hundreds of others on different fronts, first came to know David and later, after he retired and I had started Waterside Press, to publish him. This happened parallel to his new academic role and fellowship at Oxford University (see: www.law.ox.ac.uk). Books, contributions, forewords, straplines (puffs) and sometimes editing or advising on other people’s work. Most notable (with us) were his Crime, State and Citizen (2006) and Servant of the Crown (2014) both immensely valuable and informed. The latter was launched at the Institute for Government in Carlton Gardens by his one-time colleague Sir John Chilcot (who also wrote the Foreword), before a packed house (David always seemed to attend launches by other authors in his field so it was fitting so many turned out for him). He was a natural writer, exact, precise, unfailingly correct, extremely hard to fault – who produced the quality of manuscript any publisher would relish seeing and this skill was no doubt honed on years of writing white, green and other coloured papers. (He also wrote Where Next for Criminal Justice? (2011) with Ros Burnett for Policy Press).

During this more relaxed phase of our lives meetings with high-ranking people and colleagues were replaced by those with a motley crew of authors, dinner at Simpsons-in-the-Strand not Whitehall, back street restaurants, lunch at our local Wellington Arms, or handing over papers in Henley (the half-way point) and joking that we might be mistaken for secret agents. He could have passed for one, at least in the George Smiley mould. On other occasions we might just sit in the sun (with open-necked shirts), his modest car (for such a steady person, one such vehicle I seem to recall was in an incongruous British Racing Green) parked in the drive. Often reminiscing, always re-packaging criminal justice in the light of the latest developments, these were memorable days. I remember that David’s wife Sheila came over a couple of times. All at Waterside send her and the family our sincere sympathy and condolences. They should be proud of him as an author atop everything else that has been written and said by way of accolades. Indeed, I hope what I write here adds something to the many tributes his family will have received.

But how could someone so clever, well-informed, connected and determined be at the same time so easy going, approachable and down to earth? I guess being brought up in Manchester as the Second World War ended had an effect. Others have described what a nice, decent, warm individual he was – I would use a more apposite north country description: he had ‘no side’ to him whatsoever. He walked alongside and treated ‘princes(ses)’ and paupers alike even if he towered over many of them. He would listen, reflect, analyse and consider all he heard. If he was way ahead, he didn’t let it show. If he disagreed, he demonstrated the height of tact. His nudge, wink, smile and quiet demeanour will be missed as much as the further books he never got to write. In a post-truth-you’re-fired world, we may never see his kind again.

I sincerely hope that David Faulkner continues to pursue his unique mission wherever he is now: ‘enriching understanding,’ ‘raising crucial questions,’ ‘rewarding (readers),’ ‘upholding the finest traditions,’ ‘seeking freedom under the law’ – just some of the reviews of his writings. After decades networking, making things happen and re-inventing himself, he should find that no problem at all.