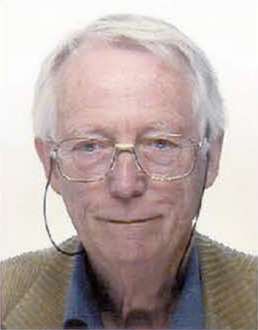 All at Waterside Press were saddened to learn of the death on 28 May 2021 of Scandinavian sociologist Thomas Mathiesen who was for many years Professor of the Sociology of Law at Oslo University. His fine achievements will be amply catalogued elsewhere so I will confine myself to a few personal recollections.

Wherever he went Thomas made a unique and lasting impression. He was a fluent multilinguist, a quite astute individual to work with. Like many talented people though he was down to earth, something grounded in his Norwegian upbringing and understanding that many people are less fortunate. He invariably had one eye on what those in power might be up to which was reflected in his lectures and writing. If some experts manage to piece together their work in their own tongue ready for editing, his manuscripts were complete and exact on arrival and regularly appeared in several translations, some his own. They were compellingly argued and always full of provocative and fresh thoughts.

Thomas gained enormous popularity with those who recognised his perception of human rights and sense of what the smallest interference with these can lead to if left unchallenged. None more so than when identifying the treatment of prisoners or the ‘prying eyes’ of the State. His Prison On Trial, of which we published the later English editions from 2005 onwards, remains a leading text that is available in English, Norwegian, Danish, English, Swedish, German, Spanish, Italian and Chinese. It is still a set text in several North American colleges. Highly acclaimed it is I believe the one volume penal reformers should take with them to a desert island. Thomas’ Silently Silenced: Essays on the Creation of Acquiescence in Modern Society (which we also published in 2005) was more wide-ranging and exposed the way governments quietly – even secretly – suppress opposition, a central tenet being that there are ‘numerous silent, suave and imperceptible methods and processes of silencing … . which are structural, do not have clear-cut limits but are subtly unbounded, they absorb opposition, they are the methods and processes of everyday life brought into the political realm.’ Could anything better sum-up his guardedness towards power and authority? I worked on this and his other books at the house-editing stage, an uplifting experience, texts so absorbing it is hard to describe it as work. I remember him describing individual data as the equivalent of grains of sand and Government information banks holding those data as comprising whole deserts. Frightening, but he also pointed out how these and other surveillance methods have developed largely unchecked, or at best involve poor safeguards.

He once stayed over at our home after delivering a lecture at Southampton University when we tried to put the world to rights. Even more vividly, I remember visiting him in Norway when Towards a Surveillant Society: The Rise of Surveillance Systems in Europe was launched at Oslo University in 2013. (I recall trying to convince him that there is no such word as ‘surveillant’ in English, but as with his campaigns for better, fewer, or even no prisons, he was immovable). His illustrious departmental colleague Nils Christie (1928-2015) was at this event, so we were in the presence of two of the giants of Western sociology, certainly as it impacts the law. This straddling of these two disciplines remains I think an unusual cross-fertilisation, but it paved the way for many others to combine these areas of study.

Always the innovator, I witnessed how – despite Thomas’ deep mistrust of technology and long before the days of Zoom or Team – he managed to deliver a talk remotely from his study in Norway onto a big screen at Wadham College, Oxford for the annual meeting of the Howard League for Penal Reform. The refined atmosphere of this event contrasts markedly with an evening in Oslo where, after finding my way down back streets and alleyways in a less fashionable part of the city, I attended one of Thomas’ local penal reform meetings. It took place in what can only be described as the upper back room of a wooden chalet above a beer garden and was packed with a strange but earnest mix of practitioners, academics and ex-offenders, many bearded, tattooed, with shaven heads or all three, and some wearing outfits reminiscent of Che Guevara. My abiding memory of Thomas will thus not be of him on the stage of some smart lecture theatre (for which he was ever in demand) but of him holding court before the faithful in the cosy, crowded atmosphere of this bear pit, heavy with subterfuge, as the building creaked in the breeze and I wondered whether the door might burst open at any second and we would all be arrested. Maybe we were being bugged. Thomas would have known.