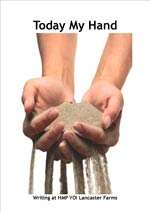 by Michael Crowley author of The Man They Couldn’t Hang: A Tale of Murder, Mystery and Celebrity. August 2010.

A residency as a writer in a prison is almost always arranged through the Writers in Prison Network. This is a small Arts Council funded body that established its first residency around twenty years ago. There are currently around fifteen residencies running in England and Wales. Contracts are usually for two years although occasionally some are longer. I’m coming to the end of my third and final year at HM Young Offender Institution (YOI) Lancaster Farms.

There is a familiar uniformity about all prisons; that’s the point of them. There is also, it has to be said, a degree of familiarity about prisoners; but each residency will be unique. Institutions do differ, populations are different and so are writers. I am atypical of writers in prison in that I was formerly a youth justice worker, going back into a young offender institution I had visited many times when I was a youth offending team officer. I was writing plays in the day job, gradually getting work produced, until I initially went part time and then left altogether to take up a couple of commissions. The residency came along and I felt like the job was made for me.

The first thing I noticed when I was given a set of keys to Lancaster Farms was how many of my old caseload was on the wings. Boys who I had known from the age of thirteen and younger shouted salutations from cell windows as I walked round the grounds (so much for all those interventions). At least I had a head start in getting established in the institution. For the first eighteen months I was lucky to have another writer in residence alongside me; playwright, journalist and broadcaster Beatrix Campbell. Joint residencies are rare, in our case it worked well. We worked independently yet collaboratively producing anthologies and organising performances of lads’ writing together. From the outset it was apparent that there was more than an appetite to write amongst prisoners; there was a need. Prisoners’ lives are full of conflict; with the state; with other individuals; with their families and with themselves. They may not necessarily always have great insight or vocabulary, but they have stories in abundance. From my first week to my last month, I was unable to get anywhere near working with all the lads who applied to me. 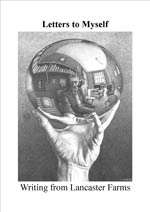 by Michael Crowley author of The Man They Couldn’t Hang: A Tale of Murder, Mystery and Celebrity. August 2010.

For the most part I began by writing with lads. I used warm ups, exercises, storytelling, memory games, but always by the end of the first session, I asked the lads to commit something to paper. Then I set ‘homework’. I worked with the same prisoners for as long as I was able to and we were making progress. I worked with some lads for three years. Lifers and long sentence lads were the easiest to work with because their behaviour and attitude tended to be better than those for whom prison is a revolving door. They are also less likely to want to write or read about crime.

Both Bea and I were clear that our purpose was to be rehabilitative. To be interested in a prisoner’s writing without any regard to how the process will change his thinking and behaviour seemed to us pointless. That meant discussing and writing about specific crimes in detail; grave crimes: the planning and motivation, the commission of the offence; the aftermath on all concerned; its meaning. It is remarkable how little opportunity or requirement there is upon prisoners to discuss the significance of what they have done, particularly in a young offender institution. Young prisoners’ writing can often be apocryphal and sentimental; homilies about how they’ve learnt their lesson or a string of actions that avoid exploring consequences. Lads may have begun writing in that fashion but the project was to always guide them to more concentrated and original expression. And for them to see that other people’s stories were just as important as theirs.

“That’s all I ever want off people. Their car. I appreciate cars. I understand them. I see the reason why every drop of sweat that has hit the ground during the engineering of a car has done so. I love cars. Everything about them. The way they look, the way they smell, the way they sound, the way they feel, the way they drive, even the way they hurt when they are abused. It’s almost as if they talk to me. I can’t speak their language though, so I take care of them, look after them, drive them the way they like to be driven, wash them when they are dirty and sad, fix them when they are broken and mad. I can understand why people think I’m crazy. They are right. What was I thinking? Cars don’t have feelings; you can’t make a car happy. Most illnesses have a cure. I think the only person who can cure this is me and I’m far from a doctor.”
Roy 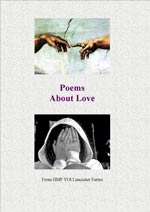 by Michael Crowley author of The Man They Couldn’t Hang. August 2010.

Anthologies were produced with images that steered away from the literal. Often these were launched at a performance in the chapel or the library. Performance in a prison can be fundamental to undermining the pro criminal culture; to establishing a cultural strategy that promotes a different ethic. To begin with, being an audience requires generosity, silence and applause; not found in abundance in a YOI. The preparation to perform, read or act requires discipline and commitment. Performance requires public expression of intelligence and tenderness in hardened young men.

Most of the drama performed at Lancaster Farms was written by lads under my tutelage. Visiting actors and a director from The Dukes Theatre Lancaster provided more than a little support for performances. Three of the pieces were subsequently produced in showcases of prisoners’ work in London. But I also took texts off the shelf that found their own relevance. Shakespeare’s Michael Cassio in Othello regretting an act of drunken violence, kicking his plastic bottle of blackcurrant across the chapel stage: Oh God that men should put an enemy in their mouths to steal away their brains. Steinbeck’s black stable hand Crooks in Of Mice and Men, forced to live in a barn. I spent six weeks looking at scenes from Timberlake Wertenbaker’s Our Country’s Good. The text became a means of teaching English, Geography and History, the process culminating in workshops with Theatre by the Lake Keswick, who had the play in production at the time. It’s more difficult to say (or measure) what lads learn by acting alongside accomplished professional actors, but afterwards appear to have grown in some way.

My hope is that The Man They Couldn’t Hang is used in prisons in a similar way. As a text from which people might learn about Edwardian society, music hall, the actual case of John Babbacombe Lee; as a basis to discuss guilt, redemption, capital punishment, crime and celebrity but most of all, as a play to be performed.

“People benefit because it’s a way to unlock hidden emotion. It’s a way of being understood. It’s a way to get out of this world and into another where anything can happen. I’ve tried to write from a victim of crime perspective, and the truth is, I’ve never thought like this before. I’ve never even bothered about people I don’t know. I’ve always thought, if I don’t know someone, why should I care? Writing from their perspective makes me think about their lives.”
Roy, HMP YOI Lancaster Farms.

The Man They Couldn’t Hang is now available in paperback.