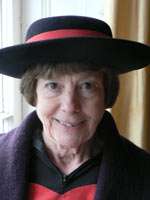 by Tessa West, author of The Curious Mr Howard

I can best describe writing The Curious Mr Howard as an adventure. Before I started on it I had written a book about prisons (Prisons of Promise, Waterside Press 1997) three novels and poetry, but I had never written a biography.

John Howard (1726-1790) was a very natural choice for me. My career had been spent working in prisons, first as a teacher, then as a manager. Later, I was appointed to the Parole Board. Like Howard, I believe that prisons should be places which are safe and purposeful for both prisoners and prison staff.

Once I had decided to write the biography, I started to read. I had two main sources of information. The first was Howard’s own work: The State of Prisons in England and Wales, published in 1777, and Prisons and Lazarettos, published in 1789. In these, Howard wrote reports on what he found when he visited literally hundreds of prisons, hospitals and orphanages. The other main source I used was a biography written by J. Baldwin Brown in 1818. This is an extremely detailed account of much – but certainly not all – of Howard’s life. There were other biographies, but few of these had any extra information. Indeed, some of their authors had just copied what Baldwin Brown had written.

As I read, I became increasingly aware of not only what Howard did, but what sort of a man he was. It became clear that as well as being generous, humane and energetic, he was unusual. Even peculiar. For example, he ate little more than vegetables, his first wife was twice his age, and – crucially – he was obsessional to an extreme degree. Once he started on his prison work, he hardly stopped. Nothing mattered to him except work.

I began to Google him, and I found out a little more about his childhood. I also visited his house in Cardington, Bedfordshire, and that helped me to imagine his life there. None of his earlier biographers had been able to do either of those things, and nor did they have access to the Bodleian Library at the University of Oxford, where there were papers that, I believe, had not been looked at properly before.

My intention was to write a book that would give interest and enjoyment to a wide range of readers, so I did not include every single detail of what I found. But I soon realised that I needed to visit Kherson. It was clear that as Howard rode across Europe to Ukraine (which was Russia at that time), he was riding towards his death. In Kherson I learned much about the end of his life at 13 Suarova Street.

Although writing the book was indeed an adventure, it was also an education. I would not have missed the experience for anything and I do hope that readers will themselves enjoy having this new and often fascinating perspective on someone whose fame has already spread to many corners of the world..