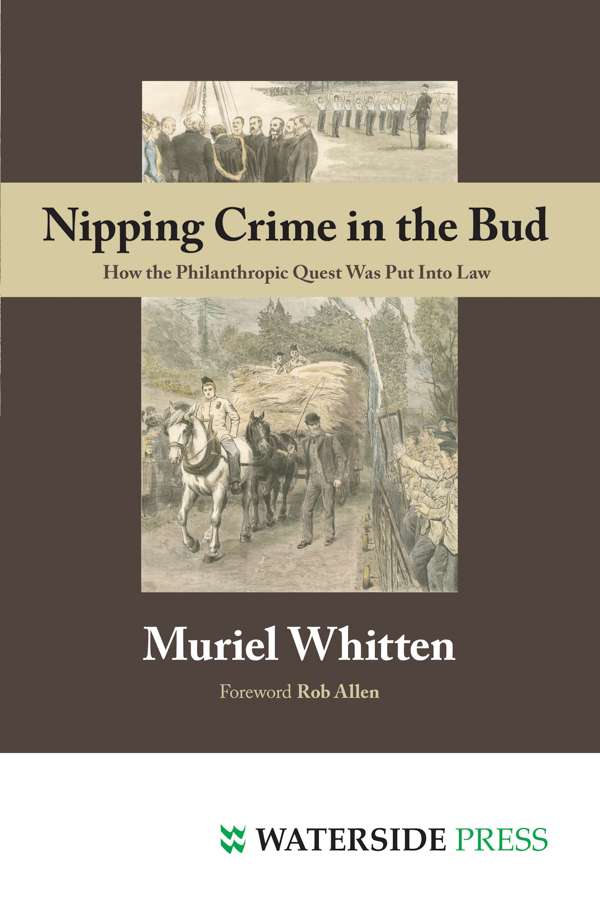 ‘Appalling scenes of numerous homeless children begging and stealing in the streets were a common sight in the towns and cities of England in the late eighteenth century. And these same children were perceived to be the cause of a vast increase in juvenile crime. As a consequence, they received scant sympathy. A typical reaction was that of the otherwise progressive novelist and magistrate, Henry Fielding. He described families in want of every necessity of life and oppressed with hunger, cold, nakedness, filth and disease and concluded that, “They starve and freeze, and rot among themselves; but they beg and steal and rob among their Betters”.

Action rather than words was necessary to destroy, or at least alleviate, this cancer at the heart of society in the Age of Enlightenment. The “bloody criminal code” of the time was not having the desired effect even though children could be, and were, executed for petty thefts. So, in an endeavour to “nip crime in the bud” a group of men met in St Paul’s Coffee House in London in 1788 to discuss what could be done. In the event they founded what was portrayed as a Philanthropic Society for the Prevention of Crimes which would seek out children “in the nurseries of vice and iniquity” in order to train them to become useful citizens with a purpose in life. This was the first voluntary sector charity devoted to curbing crime through education, training, accommodation, supervising and support for young people.

Nonetheless, success in this field, however, is not easily achieved. Twenty-five years later serious alarm was still being expressed at the “alarming increase in juvenile delinquency”. However, Peter Bradford, the “Spitalfields Philanthropist”, David Ricardo and a number of MPs were actively campaigning for imprisonment and corporal punishment for young offenders to be replaced by “mildness of persuasion and gentleness of reproof”. But they met with little success.

This book by Muriel Whitten, Nipping Crime in the Bud: How the Philanthropic Quest was Put Into Law, describes in colourful detail the background to the founding of the Society and how its founders and their successors worked. It explains how their plans were put into practice, how they governed and how they acquired support. It skilfully deals with questions that are still asked today such as to what extent are children to be held responsible for wrongdoing? And are courts the correct arena for dealing with juveniles, to what institutions, if any, should they be sent and to what extent should parents be held responsible for them?

Dr Whitten is admirably suited to write such a book. She has been a youth and family court magistrate and a member of the West Sussex Probation Committee. She has lectured widely on criminal justice matters, including criminal justice policy and criminology at the University of London and sentencing theory, policy and practice at the University of Ulster. She has also presented for Centrex, now the National Policing Improvement Agency, as well as contributing a weekly column to the Belfast Newsletter. Her knowledge and experience are distilled in this comprehensive and well-written book.

The Philanthropic Society began by opening homes where children were trained in cottage industries under the instruction of skilled tradesmen. In 1806 the Society was incorporated by statute and by 1848 it had assisted 1,500 children with only one in twenty returning to criminal activity. The homes were deemed a success and in 1854 the Reformatory School Act permitted the courts to send juveniles to the Societies’ homes instead of prison. Nonetheless, the homes were to some extent taking on the characteristics of prisons in order to prevent the inmates from absconding. Eventually, government funding and the call to take youngsters found guilty of serious crimes, meant the homes began to function as approved schools. And after the Children and Young Person’s Act of 1933 established juvenile courts, the Society’s Redhill Farm School became an approved school regulated by the Children’s Department at the Home Office.

In 1987 the Society, since 1952 named the Royal Philanthropic Society, re-launched itself into the community and endeavoured to influence government policy. In 1964 it registered with the Charities Commission as Rainer after incorporating the probation pioneering Rainer Foundation. In 2008 it merged with Crime Concern and with Home Office funding it aimed to extend crime prevention beyond the remit of the professional police. Later rebranded as Catch 22 it provides for some 40,000 young people living in difficult circumstances in 150 communities across the United Kingdom. In this way its concerns today are similar to those of the Philanthropic founders who set out to nip crime in the bud.

Historically, the prime influence of the Society since 1788 has been to change the approach of society to young people involved in crime and delinquency, welfare dependency and social exclusion. The treatment of young people accused of crimes today is light years away from the death and degrading tortures of the time when the Society was founded. Its story, first set out fully in this book, contributes now to the debate on the big society and how it can tackle crime and anti-social behaviour.’