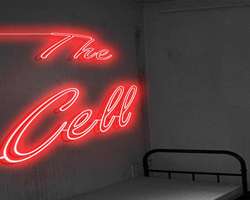 The Cell is a new one act play being premiered at this years 24:7 Theatre Festival Manchester (20th –27th July)

The Cell has been developed with prisoners and staff at HM YOI Lancaster Farms where the playwright Michael Crowley has been writer in residence for the last five years. Initially written with input from prisoners, the cast and the director began the first two days of rehearsals in the prison, honing the script and characters with officers and prisoners.

The Cell is a window into a world through the differing eyes of an officer and an inmate; a story told in real time, in one location with a narrative that moves and surprises, subverting expectations towards a dramatic climax. On Sunday 22nd July there will be an after show discussion with the writer and former prisoners about the making of The Cell.

Michael Crowley is the author of Behind the Lines: Creative Writing with Offenders and People at Risk.