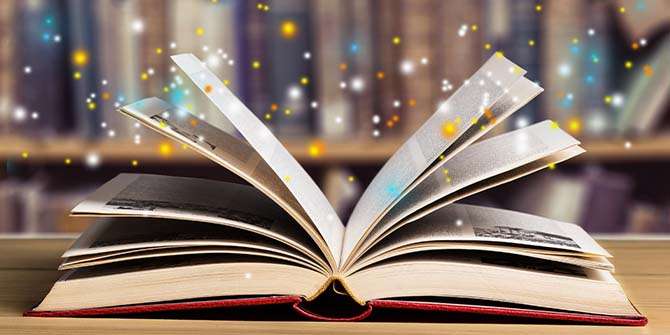 We start with a subject area which despite its seriousness remains perennially popular, before moving onto ‘lighter’ matters! Alan Jackaman’s Napper: Through a Glass Darkly was the basis for the Channel 4’s 2021 drama ‘Deceit.’ It describes his 15 year campaign to bring Robert Napper to justice for a later murder after he killed Rachel Nickell on Wimbledon Common plus the mistakes that allowed this to happen.

Followers of the genre will also appreciate other revelatory and recent books from Waterside Press including Michael O’Brien’s Killing Justice in the Lone Star State: Calling Time on Texas Death Row and psychologist Eric Cullen’s American Evil: The Psychology of Serial Killers. 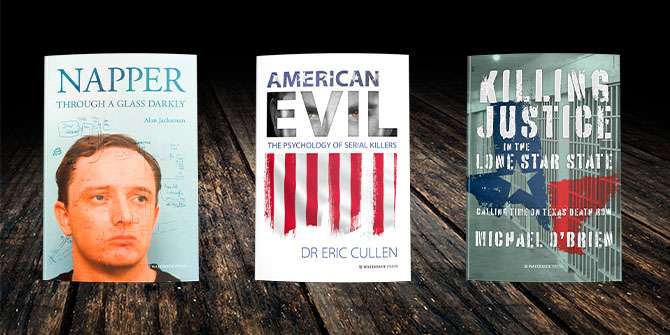 Or browse our full list of Serial Killer titles.

Legal history enthusiasts will be captivated by Barrington Black’s brand new The Jewish Contribution to English Law which has been described as ‘superb,’ ‘erudite’ and ‘humorous’ with a ‘cheery’ style of writing.

Whilst for anyone in search of bizarre events, The Ouija Board Jurors by Jeremy Gans tells the full unbelievable yet true story of the English jury that turned to the spirit world.

Those who appreciate a long deep and highly informative read are bound to like any of Gregory Durston’s Crime History Series, the most recent of which is Jacks, Knaves and Vagabonds: Crime, Law, and Order in Tudor England.

Not to mention John Hosking’s outstanding Our Magistracy in which he explains why England’s 800-year-old-volunteer JPs are ‘a democratic jewel beyond price.’

A rip-roaring true tale of murder and injustice is told by George Skelly in The Cameo Conspiracy which brings to the page the life, pubs, characters and underworld of post-Second World War Liverpool. Or for those interested in The Troubles there is Tom Murtagh’s impressive The Maze Prison that is packed with stories, people and events of that era. 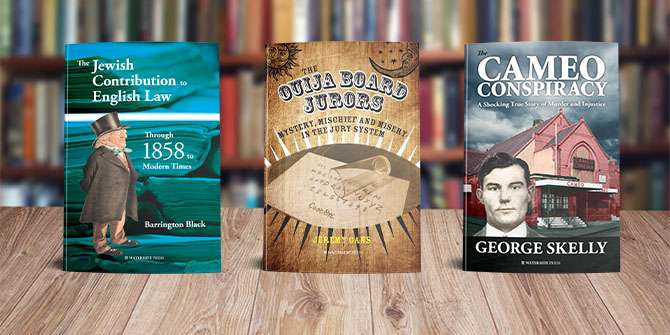 You can also browse our full range of History books.

Late in 2021 London’s Doughty Street Chambers and others celebrated the English Heritage award of a Blue Plaque for the UKs first woman practising barrister, whose extraordinary story is told in Helena Normanton and the Opening of the Bar to Women.

Prisoner biographies where lives have been turned around have long been a staple of our list. The latest of these and ideal for anyone seeking encouragement or reassurance is the re-issued and revised edition of Trevor Hercules’ Labelled a Black Villain, in which he also describes ‘the social deprivation mindset’ that holds back so many young people.

Anne Harrison’s touching story of adoption and long search for her birth mother (who then rejected her) is told in Call Me Auntie which has been described as ‘an excellent read for anyone who has compassion’ – and a can’t put it down read. In a similar vein Ben Ashcroft’s admired Fifty-One Moves is an account of being passed from pillar to post as a child in care. 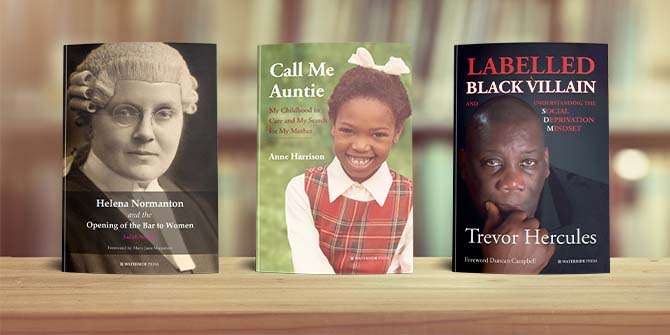 Our full list of Biographies is worth perusing too.

Closely connected to law, order and especially drugs are David Nutt’s recently published books. Brain and Mind Made Simple is ideal for all newcomers to studies of brain, mind and consciousness.

His autobiography, Nutt Uncut challenges long held but potentially wrong beliefs from the scientific world. Professor Nutt was famously fired by the Home Secretary, which he describes fully in this book. 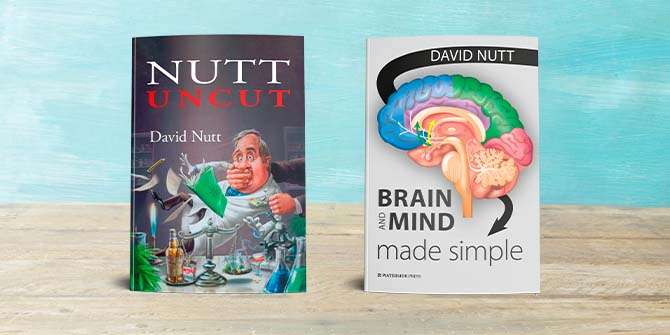 Did you know that Arthur Bostrom, who played one of TV’s favourite characters in hit series ‘Allo, ‘Allo!’, has recently reprised the role? And what’s more, he will personally sign and inscribe* a copy of his book Good Moaning France!: Officer Crabtree’s Fronch Phrose Berk if you purchase this from Waterside Press (only) and tell him what you would like to say to you or your friend, etc. *N.B. The requested inscription will be translated into Fronch.

The book which has a Foreword by music legend Rick Wakeman was a huge success in this regard last year when many found inscribed copies in their Christmas stocking. 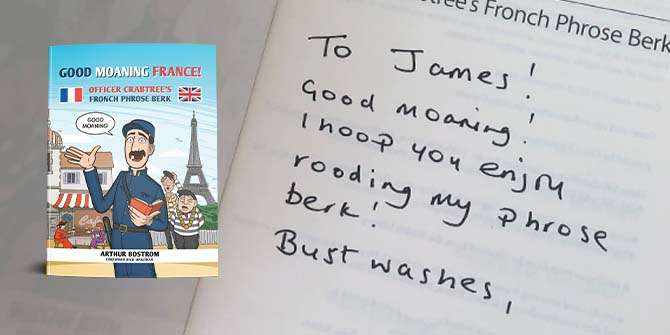 You can find other works of fiction here.

We have many more suggestions besides these – you can browse gift suggestions by profession or subject area in the Gifts section of our online shop.