The Real Ballad of Reading Gaol

Buy: Google PlayHelp
How to read the ebook

Plus other sellers - search the web by format: PDF

A uniquely-sourced account of the life and times of one of the UK’s most famous prisons – a fame that flows directly from an account of the execution of Trooper Charles Thomas Wooldridge (CTW) as written by Reading Gaol’s best-known prisoner, C.3.3, the pseudonym of Oscar Wilde. Wilde’s Ballad of Reading Gaol, his last work for publication in 1898 is known the world over for its insights and telling phrases, such as ‘bricks of shame’, ‘souls in pain’ and ‘that little tent of blue, that prisoners call the sky’. Possibly the greatest and most influential artistic work in terms of penal reform and conveying to outsiders the desolate nature and experience of imprisonment, the ballad crystallises the degradation, isolation, fear, introspection and sense of loss involved. Based on close research over ten years, and written by a serving Reading prison officer with access to official records and the Execution Log. Stokes’ account: Tells the history of Reading Gaol from early times to the present day; Casts new light on Wilde’s incarceration; Contains fresh explanations of the Ballad; Gives a previously unpublished explanation as to why Reading was chosen for Wilde; Covers escape attempts, riots and executions; Includes a chapter on the internment of Irish Republicans following the Easter Rising; Plus a chapter on Reading’s use as a top secret correctional centre for Canadian troops; Contains notes on interesting prisoners – including Amelia Dyer (the Reading baby farmer) and Hollywood actor Stacey Keach.

But above all it is Oscar Wilde and The Ballad of Reading Gaol that permeate and inform this book as the author seeks to combine information about the prison with frequently telling explanations that all too often converge with the more universal nerve that was touched upon by one of literature’s greatest creative minds – making Pit of Shame a book for every Wilde aficionado, penal reformer and student of English literature. With a special 16 page collection of photographs which illustrate life in Reading Gaol and some of its prisoners.

‘I know not whether Laws be right,

Or whether Laws be wrong;

All that we know who live in gaol

Is that the wall is strong;

A year whose days are long.’

‘You won’t put it down’– Henry Kelly, Irish Times

As featured by Henry Kelly on BBC Radio Berkshire, and online see here 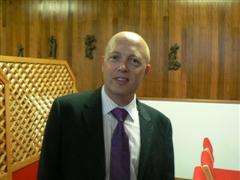 Anthony Stokes was born and educated in Cardiff , South Wales where he joined HM Prison Service at Cardiff Prison in 1988. After training at the Prison Service Training College at Newbold Revel in Warwickshire he was posted to Reading Prison in Berkshire where he is now a Senior Prison Officer. He holds a Certificate in Education (Further Education) from Reading University, is a Member of the Institute of Carpenters and a fully qualified prison locksmith. He has been twice commended: by HM Prison Service, after he saved the life of a prisoner (1992); and by the Director General of HM Prison Service, for his part in helping to quell the riot that took place at Reading Prison on Boxing Day 1992 and which is described in Chapter 11 (1993). In 2003, his ground-breaking work in setting up a Vocational Training Department at Reading led to his being nominated for a Butler Trust Award, one of the highest in this field. He lives in Berkshire with his wife, Jacqui and two children and spends what spare time he can sailing in his dinghy off England’s South Coast.

Be the first to review “Pit of Shame” Cancel reply